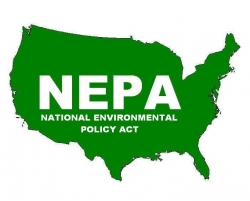 Later this week, U.S. EPA Chief Scott Pruitt is scheduled to meet with representatives from a wide range of industries in an effort to identify areas where regulations may be scaled back, consistent with President Trump’s objectives.

As part of the “Smart Sectors Program” announced in mid-September, the EPA will meet with representatives from these industries: aerospace, agriculture, automotive, cement and concrete, chemical manufacturing, construction, electronics and technology, forestry and paper products, iron and steel, mining, oil and gas, ports and marine, and utilities and power generation. (82 F.R. 447893). Through these meetings, the EPA’s goal is to “reduce unnecessary regulatory burden, create certainty and predictability, and improve the ability of both EPA and industry to conduct long-term regulatory planning while also protecting the environment and public health.” (Id.)

Though the long-term impact of these meetings is unclear, the EPA does plan on producing some immediate results from these meetings. For example, the EPA will designate staff-level liaisons to coordinate between industries, the EPA, state and local governments, and other stakeholder groups. The EPA’s goal is to increase coordination and cooperation between these parties to better balance each industry’s needs with innovative ways to reduce environmental impacts.